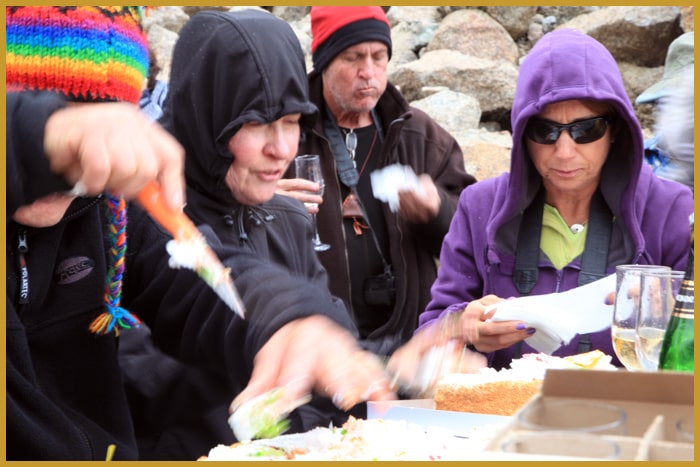 Day 1: Almaty
After arrival in Almaty city, you will have a sightseeing tour. It will start from visiting Almaty Museum, where you will get acquainted with the history of the southern capital of Kazakhstan. Then you will see Abai Opera and Ballet Theatre, which is famous for fascinating architecture and interesting history. After that, you will walk along the oldest park in the city – Park of 28 Panfilov Guardsmen. Here you will be impressed by the unique architecture of wooden Zenkov Cathedral and Museum of Musical Instruments. Another highlight of the park is the Memorial of Glory and Eternal Flame, which was built in memory of soldiers who died in the Great Patriotic War. After that, you will visit the Green Bazaar. It is very popular place for shopping among the local people. Here it is possible to bargain with the seller to lower the price! In the afternoon the transfer will take you to the Medeo Gorge (1690 meters above sea level). It is well known for the highest mountain skating rink in the world and the dam. After that, you will ride to Shymbulak ski resort area by a cable car. You will also return by a cable car. Then the tour will continue to the Kok-Tobe hill, where you will see the highest (above sea level) TV tower in the world. You will drive along the wonderful mountain road on the park eco-cars. You will return to the city by the famous Almaty cableway.  On Tuesdays in the tour departing at 10 a.m. cableway does not work. Instead of it, we can use park eco-cars. At the end of the day, you will check into the hotel.

Day 2: Almaty – Altyn Emel
After breakfast, we will head to Altyn Emel. At noon, we will arrive at Altyn Emel National Park.  Its highlight is the amazing Singing Dune, which is situated just a few kilometers from the Ili river between the mountains of Big and Small Kalkan. It is 120 meters high and 3 km long. This mysterious name comes from the fact that the sand begins to “sing” in windy weather and create music that sounds like an organ. In the storm the dune reminds a drum. On the top of the Singing Dune you will be able to enjoy the spectacular panoramic view of the surroundings. On the South you will see the Ili River, mountains of Sogety and Boguty and peaks of the Ketmen ridge covered with snow. On the West and the east, you will see the slope of the Big Kalkan and the Small Kalkan. In the north –  ridge of Jungar Alatau mountains, Chulak Mountain, Matai and Altyn Emel. After an excursion, you will be taken to the hotel.

Day 3: Altyn Emel
Today you will travel to Katutau and Aktau mountains. Katutau Mountains (Harsh Mountains) are ancient mountains with preserved volcanic outputs. The breed is very fragile and it can be destroyed by the physical impact. For long time water, wind formed different shapes in the rock. In addition, the sedimentary rock of the bottom of the ancient Tethys Ocean is preserved here. Under the impact of natural forces it modified into mysterious figures and landscapes. Aktau Mountains (White Mountains) are also known as the paleontological field. In the layers of Paleogene lacustrine there are well-preserved remains of ancient animals whose age is about 25-30 million years. Scientists found the remains of giant rhinos, crocodiles, turtles. Conical mountains look like the Egyptian pyramids. There have diverse shapes and colors. The overnight stay will be organized in the hotel.

Day 4: Altyn Emel – Charyn Canyon – Kolsai Lakes
In the morning, we will start driving to Ash-tree Grove on the Temerlik River. You will have a chance to see the relict species of Sogdian Ash-Tree that grow in the lower reaches of the Charyn River and its tributary Temirlik. After that, you will be amazed by the grandeur of Charyn Canyon. It is a unique natural complex. For many centuries wind, water and rain have been created the “Valley of Castles”. Now it is full of charming shapes formed by sedimentary rocks. You will have free time to explore the surroundings and walk around that amazing place. After that you will be taken to the guest house in Saty village.

Day 5: Kolsai – Kaindy lake – Almaty
The last active day of your tour in Kazakhstan will be dedicated to visiting Kaindy Lake. Kaindy Lake (translated as “Birch Lake”) is located at an altitude of 2000 meters above sea vevel and t is surrounding by wonderful pine forest. Upon arrival you will be introduces with the origins of the lake. It appeared in 1991 as a result of colossal landslide that blocked the valley by the natural dam. The water flooded the valley so now you can clearly see the fabulous underwater forest in the lake. Due to the low temperature of the water, the trees are well preserved and the dry stems overlook the water surface. Then we will return to Almaty city. You will spend the night in the hotel.

Day 6: Flight
After breakfast, you will leave the hotel and transfer will take you to the airport.