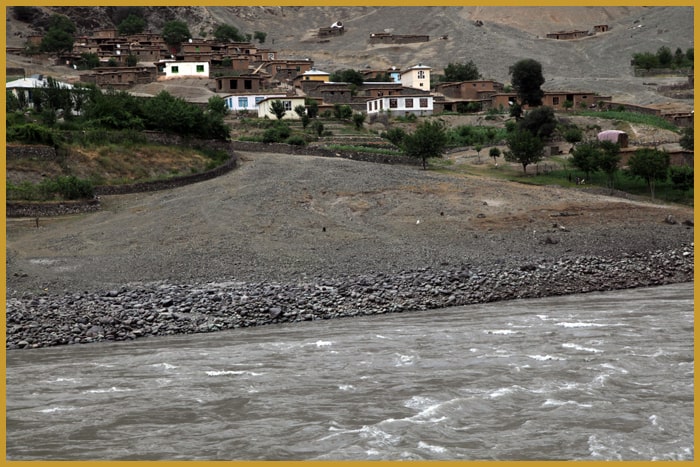 Day 2: Dushanbe – Hissor – Dushanbe
After breakfast you will transfer to the ancient site of Tajikistan, Hissor fortress (VII–XVII centuries). The distance will take about 35 km. In the past, the fortress was the Palace of the Bek Emir of Bukhara, the gate of the 16th century has been preserved, even in our time, it looks quite impressive and monumental. The fortress is located on a high hill and the walls are about 1 meter thick. There were loopholes for guns and cannons. You will know that previously there was a pool and a garden and across from the fortress there was a busy market square with a caravan serai and shops. There are located other fascinating attractions as the recently renovated monuments of “Madrasa I Kuhna” (new school of 16th-17th centuries), mosque; the mausoleum of “Mahdumi Azam” (16th century). Then you will transfer back to Dushanbe. In Dushanbe you will have a chance to discover Botanical garden and Victory Park where you will have great chance to observe a panorama view on the city. The overnight is in the hotel.

Day 3: Dushanbe – Khujand
In the morning you will head to Khujand city. It is located in a beautiful valley on the banks of the Syr Darya river, surrounded by mountains. It is the second largest city in Tajikistan. The city has beautiful views, fresh air and clean nature. It is the capital of Tajikistan's Northern Sughd province and has a population of 149,000. Today you will explore a Cultural Palace of Khujand. You will know that here was elected the first president of the country. Then tour route will take you to Central Mosque that you will find in the center of the city. You will spend the night in the hotel.

Day 4: Khudjand – Istaravshan – Khujand
The next day of the tour will present you driving about 100 km to Istaravshan old city. In the North of Tajikistan, in the Sughd region, not far from the Turkestan range, there is a beautiful city of Istaravshan.  Istaravshan is an ancient city of Central Asia, which in ancient times was famous for crafts and trade centers.  This city is a museum city with its history dating back to II-VI cc BC. Istaravshan was founded in the VI century BC by King Cyrus, a representative of the Achaemenid dynasty. In the IV century BC, the troops of Alexander the great conquered Central Asia. At that time, Kiropol was a large city with a good fortification. In the period from II to VII centuries BC, there was a settlement called Mugtepa on the territory of Istaravshan. This day you will explore Mugtepa, the fifteenth century Kuk Gumbaz Mosque and local bazaar. you can enjoy the Oriental atmosphere, visit the colorful Bazaar, see the powerful fortresses and enjoy your time. You will have the opportunity to admire special architecture of mosques and mausoleums. The tour continues with transferring to Khujand. You will spend the night in the hotel.

Day 5: Khujand – Penjakent
After hearty breakfast you will transfer to Penjakent. You will travel via pass Shahriston (3 378 m). Penjikent is located in a picturesque area of Sughd region, in the valley of the Zarafshan river, at an altitude of 900 meters above sea level. It is considered the historical and cultural heritage of Tajikistan and has been named as the "Central Asian Pompeii". The city is translated as "five villages", which were formed in the 5th-8th centuries. The history of the city itself is 5500 years old.  In ancient time it was perfect city with a ruler's palace, two temples, markets, rich dwelling houses decorated with numerous paintings, wooden and clay statues of ancient gods. It important to note that the remains of this ancient city were found only in the last century. You will have a chance to explore remains of dwelling houses and office buildings, the citadel with the palace, the house of craftsmen, and fire worshipers church. You will spend the night in the hotel.

Day 6: Penjakent – Dushanbe
This day you will travel to Dushanbe via fabulous Anzob pass (3 372 m) and tunnel of Isticlol. You are going to direct over a mountain passes. Don’t miss chance to take fascinating photos. Arrival to Dushanbe. The overnight is in the hotel.

Day 7: Dushanbe – Airport
In the morning is transfer to airport.