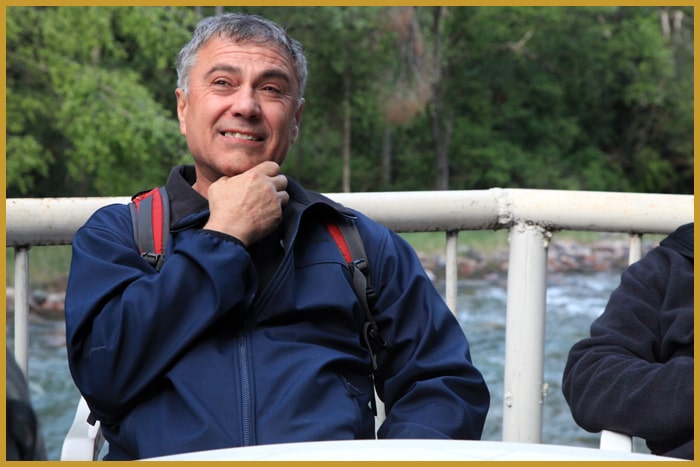 Day 1: Tashkent
Today you will have a sightseeing tour in the capital city of Uzbekistan – Tashkent. It will start from the main square called Independence square. It was built as a symbol of victory over fascism in the Second World War. After that, you will walk along the local Broadway. It is a long walking street between the Independence Square and Amir Timur Square. Another attraction of Tashkent is metro. It is considered as one of the most beautiful subways in the world. The construction of the first line was finished in 1977. Then you will start explore the old part of the city. You will visit historical and architectural sites such as Chorsu Bazaar, Kukaldash Madrasah and Hast Imam complex. The complex is formed by several madrasahs, mosques and mausoleum. The main exhitibit is the Othman Quran. It dates back to the 8th century and it is considered the oldest Quran copy in the world. Its owner was Othman Ibn Affan, the Third Caliph who succeeded the prophet Muhammad. He was murdered in 8th century, but the traves of his blood are still visiblr on the pages of Quran. At the end of the day you will check into the hotel.

Day 2: Tashkent – Samarkand city tour
The day will start with the morning train to Samarkand. It is located in the valley of the river Zerafshan. It is the second largest city and one of the oldest city of the country. It is estimated to be the same age as Rome or Babylon. Today you will explore the prominent attractions such as Registan square, Shakhi-Zindeh, Mausoleum Guri Emir and Bibi Khanum Mosque. Registan Square complex includes three fascinating Madrasahs, built in 15-17th centuries. It is the most popular tourist spot that surprises with its greatness. Architectural complex of Shakhi-Zindeh consists of a big collection of mausoleums of 11th-15 centuries. It is a part of UNESCO World Heritage Sites. Bibi Khanum Mosque was created in memory of favorite Tamerlane’s wife, after his success in India. You will spend the night in a hotel.

Day 3: Samarkand – Urgut – Samarkand
After breakfast we will head to Urgut - a small village near Samarkand. The highlight of that village is lively and colorful national bazaar. After lunch we will return to Samarkand and then we will visit another village, where the famous memorial complex of Al Bukhary is located. Al Bukhary was an Islamic scholar and the author of the hadith collection Sahih al-Bukhari. This collection is considered by Sunni Muslims as one of the most correct Hadith collections. He was an author of other books such as Al-Adab al-Mufrad. The overnight stay will be in a hotel.

Day 4: Samarkand – Shahrisabs – Bukhara
Today we will travel to the town of Shahrisabs, where Amir Timur was born. After arrival, you will have a guided tour. You will see the majestic palace called Ak Saray Palace, which was built by the order of Amir Timur. The main portal of the Palace is decorated with an inscription: "If you want to know about our power, look at our buildings". Then you will visit Jahongir mausoleum, dedicated to the eldest son of Amir Timur, who died in battle. After his death, his father has mourned for a long time (some people says that his grief has lasted for 30 years). The next  important points of the tour will be  Dorus Siadat and Dorus Tillavat memorial complexes, where all descendants and relatives of Amir Timur were buried. After an excursion, you will head to Bukhara city. Upon arrival you will be taken to the hotel.

Day 5: Bukhara city tour
Today you will discover the fabulous city of Bukhara. The first fascinating site will be the most ancient citadel in the city called Citadel Ark. It was erected in the 4th century and was used as a palace for several dynasties of Bukhara Empire. After that you will visit the Samanids mausoleum that is famous for amazing architecture of 9th-10th century. Then you will see Chashma Ayub (Job's well) and Bolo-Hauz mosque, which is also named as the mosque of forty columns. The mosque was erected in memory of Bukhara ruler Abu-Fayud Khan. After that you will walk along the shopping domes. The next destination will be one of the most majestic madrasahs of Bukhara called Nodir Divan Begi, which is also included in Lyabi House Ensemble. This will be followed by the visit of Poi Kalon complex that reflects the architectural mastership of Bukhara Empire. It includes 3 buildings of the 12-16th centuries: Kalon minaret, Kalon mosque and Mir Arab Madrasah. The overnight stay will be organized in the hotel.

Day 6: Bukhara
Today you will explore the surrounding area of Bukhara city. You will have a chance to participate in pottery workshop in Gijduvan village. Gijduvan ceramics school passed from generation to generation. Now it belongs to the sixth generation of potters from Narzullayevs family. The distinctive features of Gijduvan School of ceramics are geometric pattern and the decoration in blue and green colors.  After that you will visit the Varahsha village, former capital of Bukhara region, and Vabkent minaret, which was built in 1196–1198, under the reign of Ala ad-Din Tekish. At the end of the day, you will return to the hotel in Bukhara.

Day 7: Bukhara – Tashkent
The last active day of your tour in Uzbekistan will be dedicated to a sightseeing tour in the surrounding area of Bukhara. Bahauddin Naqshbandi complex is situated few kilometers from the city. It is a memorial complex of Sheikh Bakhauddin Nakshbandi. He was a famous Sufi Leader and Philosopher and one of the spiritual masters of Amir Timur. The complex became a pilgrimage place for Muslims. Complex includes mosques of Kushbegi and Muzafarohana, courtyard with pool, madrasah, and burial vault of Bukhara rulers and Dakhma upon the tomb of Bakhauddin Nakshbandi. Then the tour will countinue to the residence of Bukhara Emirs called Sitorai Mohi Hosa complex. You will be impressed by the unique combination of its architectural styles. Emir called the palace “Star - like and moon- like Palace” in memory his wife who died young “Star - like and moon- like Palace”. You will return to Bukhara and then you will have an evening flight to Tashkent. The overnight stay will be in a hotel.

Day 8: Tashkent – Flight
In the morning, the transfer will take you to the airport.

Flight Bukhara –Tashkent – from 60 $ per person

Service does not include:
- Visa
- Full board
- Travel insurance
- English speaking guide
- Bukhara-Tashkent flight
- Entrances to all museums