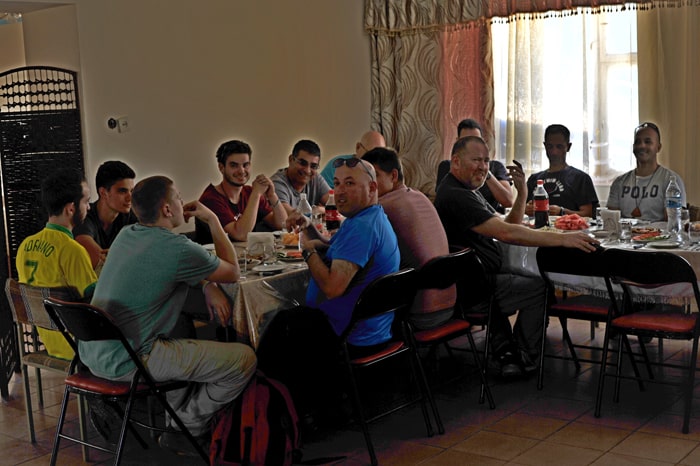 While traveling foreign guests during a tour with car rent Kyrgyzstan service, should not forget about such a good opportunity as tasting local Kyrgyz cuisine. Kyrgyz cuisine is the dishes of the ancient nomadic people as well as a mix of dishes of peoples such as Turks, Persians, Arabs, Indians, Chinese, Russians and Europeans. In any restaurant, a traveler can find and taste any dish of Kyrgyz gourmet cuisine, and in order to go to a restaurant, we advise you to take cars rent service and start your gastronomic tour. Let this article be a small guide to the most basic dishes of Kyrgyz cuisine.

Bread
Since ancient times, the ancestors of the Kyrgyz people attached great importance to bread and respected it. If we pay attention, we can see that many Kyrgyz tend do not cut bread, but tear it with their hands, because earlier it was customary among nomads. In fact, travelers in Kyrgyzstan can understand that the local cuisine has a large assortment of bread products, and the most popular among them is lepeshka.  A type of bread like lepeshka is a round bread baked in a tandoor. There is also a well-known traditional boorsok, which is small pieces of dough fried in oil.

Beshbarmak
Beshbarmak is an exquisite dish and perhaps one of the main in the cuisine of nomadic peoples. When people eat beshbarmak, according to the rules, they must eat with their hands, and then, consequently, hands must be washed and they give words of blessing. Usually, when the Kyrgyz take such a meal, they sit down next to each other and discuss different topics. Beshbarmak is lamb with onions and dough.

Chuchuk
Taking the tour with the car for rent Kyrgyzstan service, travelers will have the opportunity to taste a delicacy, namely, Kyrgyz sausage called chuchuk. Chuchuk is usually served before the main meal on holidays or at toi (celebrations). Chuchuk is prepared from kazy kabyrga, ulcers, salt, pepper, black pepper, onion, garlic, caraway seeds, and bay leaves. In addition, it is necessary to marinate the meat with different spices.

Kuurdak
Kuurdak is a hot and satisfying dish of the cuisine of the ancient peoples of the pastoralists. Tourists will be able to taste it while traveling in Kyrgyzstan that is fried beef or lamb with potatoes and onions. Nomads used to cook kuurdak on metal. Moreover, it is noticeable that thanks to the stones, the food acquires a unique taste.

Shorpo
It is almost impossible to imagine Central Asian cuisine without such a dish as shorpo. To be more precise, shorpo is a soup made from meat with herbs and vegetables that is very often prepared in the East. Tourists in Kyrgyzstan, trying shorpo, add more red pepper to the soup to make the taste unique, because all the ingredients acquire an unforgettable taste.

Plov
One of the main dishes of the cuisine of the peoples of Central Asia. Nowadays, plov (pilaf) is already cooked not only in Central Asian countries but also in many others. Kyrgyz people prefer to cook pilaf in honor of almost any event, such as weddings, funerals, childbirth, etc.

Samsa
One of the famous dishes also in Central Asian countries. Samsa is a hot, aromatic meat pie that, by the way, travelers can taste during the tour with car rent Kyrgyzstan service anywhere in the country. To prepare samsa, it is customary to mix minced meat with onions and spices, and then stuff the puff pastry with this filling. Samsa has a unique taste because it is prepared in tandoor or on special stones.

Manty
This is a classic dish of Central Asian cuisine that is a dough filled with minced meat and cooked in a special steamer. Manty is perhaps the most favorite dish of almost every Kyrgyz family. Usually manty is served in a large plate and put on the center of the table, and then from there everyone can put themselves the desired portion. In addition, this dish is eaten with hands.

Lagman
Coming to Kyrgyzstan and traveling with the cars rent service during the tour, guests of the country tasting this dish as lagman understand that this is a traditional dish of the peoples of Central Asia, prepared from lamb and vegetables, noodles. Noodles for lagman are stretched into rolls by hand, but today they can be found in grocery. If the Kyrgyz prepare lagman, they use a lot of water to make a soup from it. Peppers, eggplants, beans, radishes, onions, carrots, etc. are also used for lagman.

Ashlyam - Fu
If travelers find themselves in the city of Karakol during the tour with the car for rent Kyrgyzstan service, they will hear about the famous dish as ashlyam - fu. This is dish of a Dungan, Chinese and Muslim cuisine. The most basic ingredients for making ashlyam - fu are noodles, starch and sauce, vegetables.

Shashlyk
The fragrant and juicy meat cooked on the grill is called Shashlyk here. This is a Kyrgyz dish alternative to kebab that is also cooked over a fire. Traveling around Kyrgyzstan with car rent Kyrgyzstan service during the tour, tourists try this dish in restaurants or cafes of the country. To cook this delicious, you need to marinate the meat with different spices and sauces, and do not forget about the vegetables.

Dymlyama
Dymlyama is an indescribably tasty dish rooted in Uzbek cuisine. This tasty dish is easy to prepare because there is nothing complicated here, just lay the ingredients in layers and leave to simmer. Dymlyama is made from lamb, onions, potatoes, tomatoes, bell peppers, and so on.

Ganfan
An oriental dish, almost identical to lagman. However, there is a big difference between these two dishes representing Kyrgyz cuisine and their differences are that ganfan has to be cooked with more vegetables, spices, noodles, but with less water. Moreover, rice is used as noodles. The dish is easy for cooking, but very tasty and a decoration for any table.

Borsch
If you are the travelers in Kyrgyzstan with cars rent service, then you are lucky because in our country you can find dishes from different cuisines of the world. One of these dishes is borsch, the dish of Slavic cuisine. This delicious and light soup is supplemented with ingredients such as beef, vegetables, and most importantly, beets, because the soup should have a red color.

Cutlets
As already mentioned, Kyrgyzstan has dishes from different cuisines of the world and you can even find a French dish côtelette. Basically, in European cuisine, cutlets were originally prepared from rib meat. Meat of any animal such as chicken, turkey and beef is suitable for cutlets. Well, it is worth adding potatoes and onions to the dish.

Kurut
It is necessary to try kurut during the tour with car for rent Kyrgyzstan service because it is a domestic fermented milk dry product. In shape, kurut is usually in the form of balls, but it tastes salty, creamy, sometimes sweet and sour, even spicy. Kurut belongs to a number of snacks.

Mampar
Eastern cuisine is perhaps different from other cuisines of the world in that there are many rich soups here. Mampar is one of these soups, made from boiled dough (dumplings) with onions and potatoes, as well as herbs.

Pelmeni
Pelmeni is the dish that the Kyrgyz borrowed from Slavic cuisine. Dumplings are somewhat similar to manty, but they are much smaller and are boiled in salted water. Dumplings are eaten with sour cream and ketchup, mayonnaise.