The rituals of the Kyrgyz people are topics that are interesting to study during a tour with rent the car Bishkek service while traveling around Kyrgyzstan. Our tours with Kyrgyzstan rent cars service are truly fascinating because they are organized by our professionals, that is, professional managers, guides and drivers. Those wishing to travel and learn about local Kyrgyz traditions and rituals in one go should better take the cars for rent and go straight to the locals. If you delve deeper into the study of the rituals of the Kyrgyz people during the tour with rent a car Kyrgyzstan service, you will understand that these ancient Kyrgyz rituals go far back to the times of the Turkic tribes. In addition, travelers see that the rituals of the Kyrgyz people were based on a nomadic way of life.

Travelers on the tour with rent the car Bishkek service learn, for example, about the rituals associated with childbirth. To be honest, childbirth since ancient times for the Kyrgyz people is a whole series of holidays. And here they are: suiunchu, korunduk, beshik toy, tushoo kesuu, etc. Suiunchu is when the joyous news that a baby has been born is first reported. By the way, the one who reports this good news receives gifts, in most cases gifts in the form of money. Korunduk is the second stage after suiunchu when the baby's parents show the baby to their relatives and friends for the first time. Relatives and friends give korunduk to parents, that is, money to see the baby. Beshik toi is already a celebration of the birth of a baby. On the day of beshik toi, many guests are invited and traditional delicious dishes are prepared and rituals of burning archa are performed. Then a year passes the child turns one year old and he begins to take the first independent steps. And in honor of such an event, a holiday called Tushoo kesuu is celebrated, that is, this is the cutting of the ropes. Again, guests with children are invited, and then they tie the child's legs and arrange a race among the children of the guests. The winner cuts the ropes on the child's feet and receives a prize. 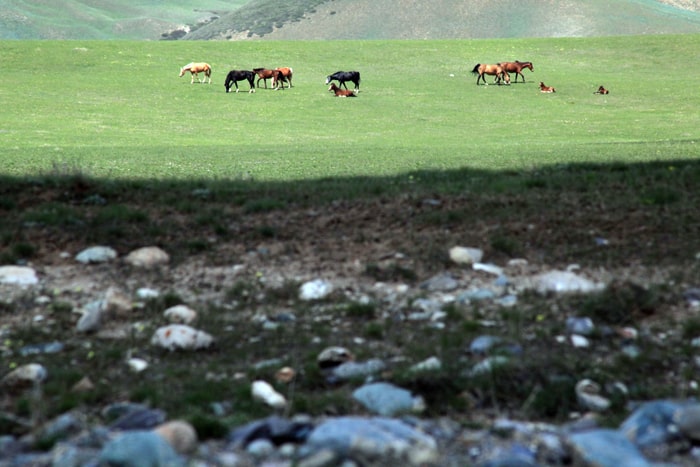 Traveling around Kyrgyzstan with cars for rent service, tourists will learn a lot of interesting rituals regarding all events in the life of the Kyrgyz people, including the rituals and ceremonies performed during the engagement. Nowadays, the modern Kyrgyz are paying more attention to holding a wedding in large restaurants with a large number of guests. Such weddings are costly nowadays. Previously, the traditional type was called "ala kachuu", that is, stealing the bride. In other words, any male person could steal a girl as a bride, and according to tradition, the bride could no longer leave the groom's house, even if they were not familiar. Nevertheless, times are changing and today such a traditional method of marriage is punishable by law. The Kyrgyz people have still preserved the tradition as "kyz uzatuu" is seeing off the bride, that is, when relatives and close friends say goodbye to the bride. In addition, actual "nike kyiuu" is when a couple legalizes their marriage in accordance with Muslim religious visions. Then the wedding will take place in a restaurant. Travel such an amazing country with our tour by means of the Kyrgyzstan rent cars service and learn even more about the rituals of the Kyrgyz people.